Stories
HOW TO BALANCE STUDY, WORK
November 11, 2021 by tmhbjmxmn in Stories 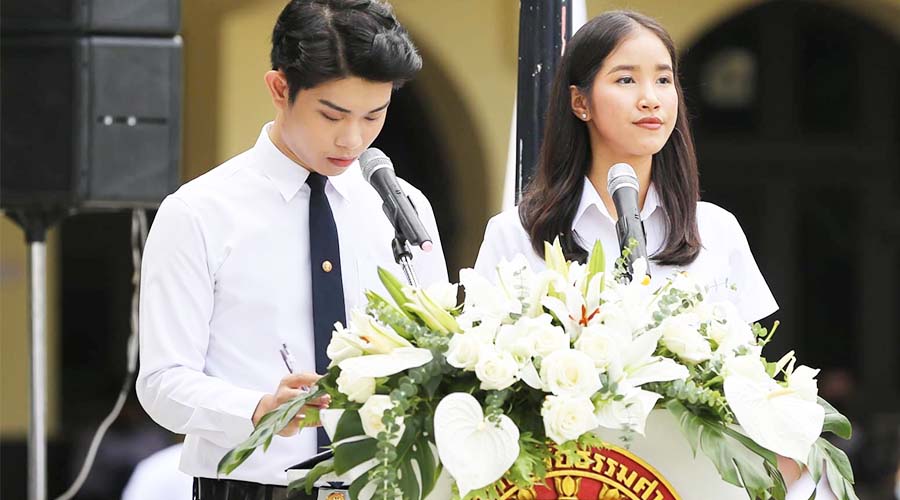 The following year, Praewa was determined to become part of the MC of Thammasat community. Although she did not make the 12 finalists, Praewa was selected to be an MC of the faculty of Journalism and Mass Communication, and she vowed to keep on practicing. Praewa starred in teasers and MVs, partook in the faculty’s events, such as JC Nest Camp, and continued to work in one more thesis project in the production field.

During her third year of university, along with helping out with the faculty’s events and seniors’ thesis projects, Praewa had not given up on auditioning for MC of Thammasat; it may as well be her last chance. But this time, she finally appointed one of the 12 MCs of Thammasat 2019, fulfilling her wish of starting her MC career.

Now in her last year of university, even though Praewa had been busy with MC events since the beginning of the semester, she still found time to take on a new challenge of becoming a producer for Kornang Festival.

Despite her stressful schedule, Praewa felt peace and joy when looking at her filled Google Calendar. To organize her life, balance was an important and a continuous learning process. The essential tip was to know at which her limits to studying and doing activities lay. 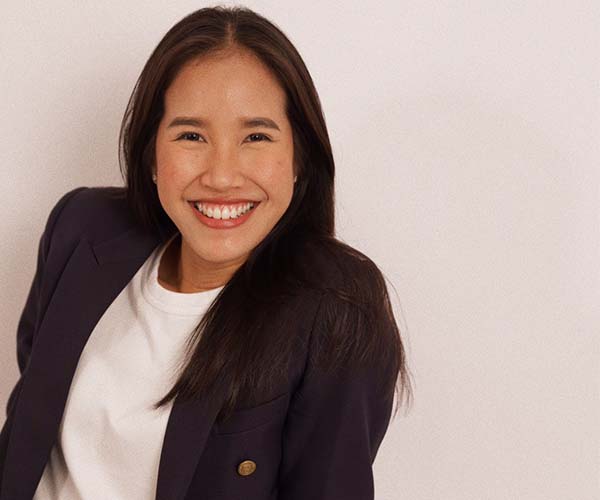 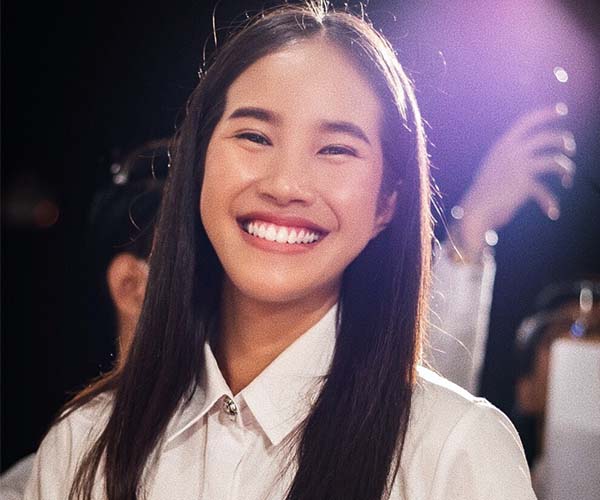 Since Praewa (Chayanit Jenroumjit) was in high school, English — as a subject — and MCing had always held a special place in her heart. She wanted to study Liberal Arts at first but realized its impracticality and lack of real-life usefulness soon after.

During the moment of hesitation, her father suggested a future with B.J.M., saying that its curriculum would probably match well with her likes and out-going personality. After experiencing the program’s environment for the first time at the admission interview, Praewa decided that she, too, thought the same.

Praewa had participated in a plethora of activities over the course of four years in Thammasat; so many that she had lost count, in fact. But some of her favorite events proudly remained fresh in her mind.

In her freshman year, Praewa was chosen to be an actress in the faculty’s annual stage play Lakorn Varasarn. She also helped some seniors with their thesis projects in the film production field. 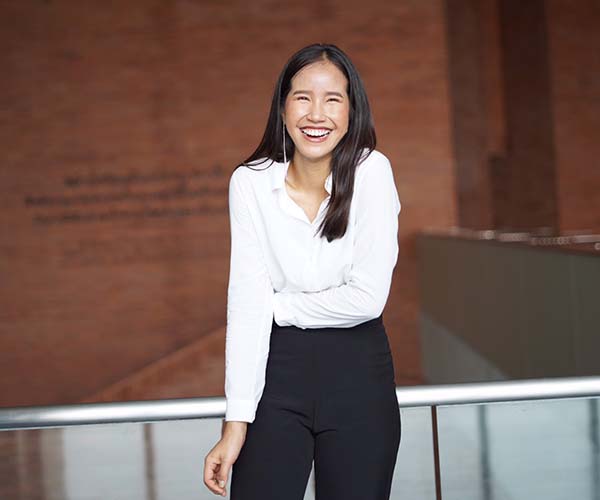 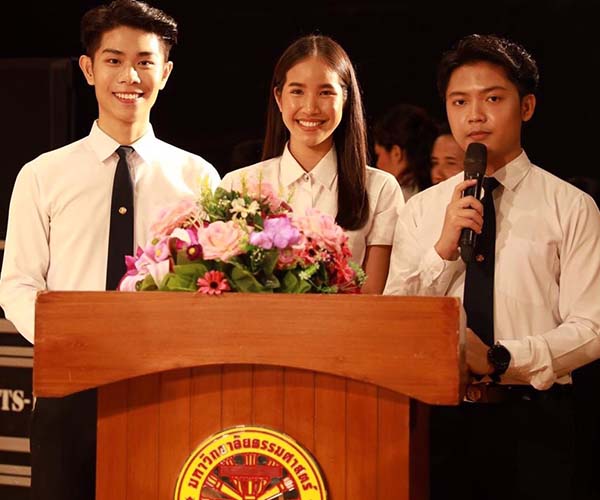 She saved all of her to-do lists on Google Calendar to constantly motivate and remind herself. Typically, Praewa would avoid taking job offers one week prior to the exam season, with exception of absolute emergencies.

Yet, it was not always a smooth road. At times, Praewa admitted that there had been scheduling conflicts, but direct communication with the involved parties — mostly her peers — usually resolved the misunderstandings and instead forged compromises.

Praewa’s free time was rare and precious. When it came, she really loved to go to Charoenkrung with her favorite film camera. Praewa found walking around, taking pictures and visiting arts exhibitions and cafes to be very relaxing. Other times, she would simply enjoy shopping or have the much needed sleep she deserved. Once a month, she would indulge and go out partying hard with her groups of friends. 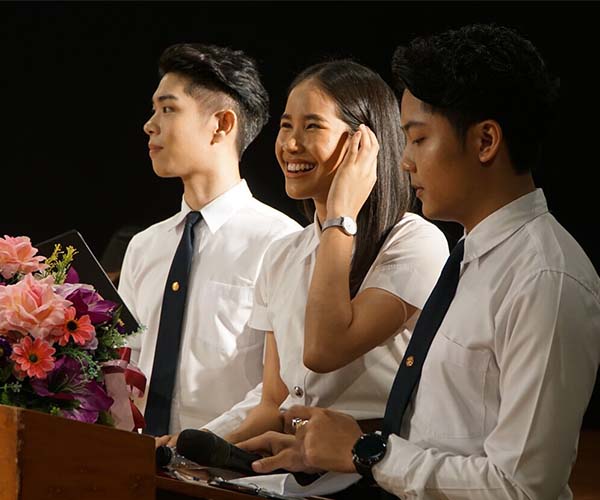 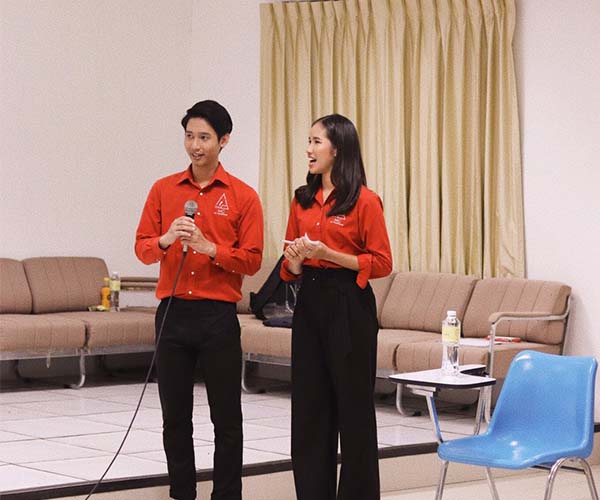 Praewa originally planned to pursue a master’s degree abroad right after graduating. However, some professors in B.J.M. encouraged her to get a job first, making her slightly doubt the decision. For now, she would wait and see how the oncoming internship would unfold before deciding which route she would take from there.

While some people may find engaging in many events too troublesome, Praewa thought that every single one of them was valuable in their own way. Working behind-the-scenes with students and seniors from JC and other faculties had built her several connections, skills, and experience, particularly in film production. Her MC job history would greatly improve her portfolio and resume. When unexpected situations and mistakes arose, she got to learn from them. Basically, the activities made her grow up as a person.

Praewa believed that every day was a learning day. Her current success was proof that simultaneously being outstanding at academics and practicalities was possible for anybody. “Stay positive and you can do it.” There was no need to choose something over the other when Praewa has already done both.